Back to the Future with Live Music? 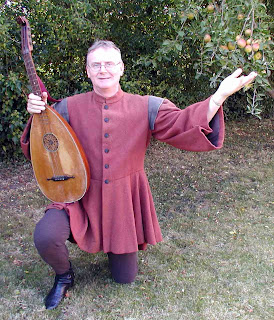 It's easy to find doom and gloom when you get a bunch of people together to talk about the music business. But I maintain that there is hope--not in the form of the latest buzzwords--long tail, free, subscription--but in the "old fashioned" world of live music. Isn't that how this whole thing started, with minstrels getting paid for performing a song? Maybe part of the solution is right in front of us with the live music sector being the one to galvanize a whole new generation of music consumers.

Last Sunday, 60 of us convened at the home of uber attorney Ken Hertz for a TedX Music Conference. It was an energizing and engaging event which included a moderated, free-spirited and free-flowing conversation about the state of the music (not record) business today and how to make things better. Many of the remarks centered on artists finding their audience and vice versa, in an increasingly fragmented media market. Sure, it was acknowleged that there are some acts like Lady Gaga which are built for major label, major budget, BROADcast driven marketing, but what about everyone else?

Part of the present challenge is that the ability of Retail (where the rubber meets the road) to make connections has been severely compromised. One has to successfully marry the awareness generator/filter to a purchase decision. It's the classic model taught in any MBA Buyer Behavior class--awareness--intention--purchase. Good examples are independent record stores where the clerks or fellow shoppers can make recommendations, the original Hear Music/Starbucks model where the filter was applied at the head end in deciding what select titles to carry (see my previous post on how they screwed that up)and iTunes which famously refuses record label money and instead decides itself what to promote on its heavily trafficked home page. Those entities succeed because they earn their customers' trust and make a connection. Amazon, on the other hand, touts its long tail product mix and is trying to buy market share (along with the desperate labels) by low ball pricing promotions in its MP3 stores where you can buy full albums for as low as $2.99. The Best Buy strategy of commoditazation vs. having a qualitative customer relationship, crushed indie retail 10 years ago and yet here we are again, except this time we're selling ones and zeros instead of shiny round things that you can hold.

So as I sat on Ken's patio, I wondered if there wasn't one part of our business that is still relatively robust and could help save the day. The answer that came to me is live music, the most immediate way for an artist to connect to a consumer. The only problem is that the live business's mass aggregators--the festivals, have so far no stepped up to the plate.

For example, Lollapalooza is a great brand but they could be doing so much more. I just came back from this year's event where I and 80,000 other people per day had a terrific time. My client, Tor Hyams, produces the Kidzapalooza stage, so it's a great way of mixing business with pleasure. If you're a music geek like me, the buffet of musical styles that is laid out before you is daunting and thrilling at the same time.

I love discovering new music and when I'm at Lolla, I'm particularly excited because I know that its curator, Perry Farrell, and the C3 team have picked things out for ME. It's gotten to the point where tickets sell out before the acts are even announced because after five years in Chicago, the festival has developed a reputation for delivering over 100 quality acts that are incredibly genre-diverse but all interesting and worthy in their own right. You might like Bat for Lashes better than Asher Roth, but, as a music fan, you respect that each has a particular point of view and individual sensibility.

For three days, we're all music geek brothers-in-arms, getting Twitter feeds from Lolla HQ and comparing notes about what we've seen that day. And then you get home, snip off your wristband and it's over (until next year). What a missed opportunity! Why not keep the conversation going and, in the process, help musicians keep making connections and finding new and bigger audiences? Lolla has over 10,000 Twitter followers and since the festival ended, the only communications have been to plug a Fuse TV special and....wait for it....an announcement of early bird tickets for 2010!.

HEY! You just turned me onto 100 acts in three days--you can't just cut me off now. Send me a tweet telling me about a cool band you just heard that I should check out. Offer me some deals on CDs or merch of bands that I saw in Chicago. Give me some recipes of some of the food vendors that were there like Graham Elliot's Portobello Satay. Just don't stop calling me until next year when you again need a date for the prom!

Now don't get me wrong, I'm not picking on Lolla--everything about the experience is first class and C3 is a great organization, I just think there's the potential for so much more. Lolla is one of a few entities, conveniently spread throughout the country, including Bonnaroo, Coachella and Austin City Limits that have the brand integrity/coherence and media reach to be able to pull this off. And I'm not naively suggesting that they NEED to do this--I get it; they sell out every year. But they do have the opportunity for incremental income for themselves and for artists and to be industry leaders.

Why isn't there a Lolla label imprint, or a 10-song monthly MP3 collection that I can subscribe to? Why aren't there Lolla Jr. live shows with four acts in small theaters around the country? Why do I get the silent treatment for the next 10 months?

We're running out of people who can help move the needle for the non-Lady Gaga's of the world. Why doesn't the live music sector figure out how to harness the passion of their product and expand the revenue for all involved. Save the Cheerleader--Save the World!
Posted by Daniel Savage at 5:42 PM