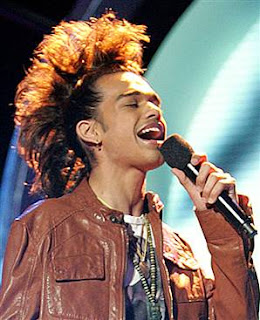 I've been a fan of American Idol since the Kelly & Justin era. I admit that I enjoy the show, and I also agree with my client Tor Hyams that if you're in the modern music business, and you don't watch, you're out to lunch. I've also had the opportunity to work with Season 6 runner up Melinda Doolittle for the past year, marketing her solo debut, "Coming Back to You." So over the years, I've had more than my share of exposure to Idolworld and its artists, including last week when I spent a lot of time with many ex-Idols doing various promotional events.

And guess what? The ones that are still at it are all really talented and willing to work hard in order to get some of the million people that voted for them to buy their latest recording. But that's exactly the problem; they're no longer on TV every week, so their ability to promote themselves is extremely limited. The half life of fan interest just based on TV viewership is a nanosecond. Otherwise we'd all be going to the Arenadome to see Jesse Camp or J.D. Fortune (and he actually toured with a huge well known band for two years).

At the same time, I'm very aware of many great new artists that are signed to major labels but who ultimately will not be strong enough to survive the Darwinesque ecosystem. I get all the promo CDs and the calls and emails to see if I'm working on anything that they can get in on.

Does anyone appreciate the irony here? On the one hand, you have talented artists on TV with nothing to sell, and on the other hand you have labels who have already spent money to make records and who would pay any amount of money to get their artists on TV to promote them. Did you know that if you have a musical act on Ellen that you pay the show a $10,000 production fee on top of whatever your expenses are including AFTRA wages for anyone who's onstage? And, by the way, you're delighted to spend all the money because Ellen sells records.

How hard would it be for Sony Music, which makes windfall profits on the Idol stars that they have locked up, to assign some A&R guys to start making records with the final 10 during the show's season so that the day after the finale they can have a commercial single for sale with an album to follow within a month? Last year's Top 2, David Archuleta and David Cook didn't have their albums come out until six months AFTER the finale. That's like Paramount spending millions on a TV advertising campaign for a movie and stopping it six months before the premiere. It's like sitting through a two minute infomercial for the Snuggie and when you call up, they tell you that it won't be available for another six months (so you buy the Slanket instead).

As for the labels, instead of futzing around with whatever the latest genius joint venture is (Hello PressPlay!), why don't they all get together and create a new TV franchise around the idea of finding the best new SIGNED artist (American Idol meets The Shortlist Music Prize)? Let each participating label have a few slots, get some industry judges and let the voting begin. And here's the fun part; there would already be product for fans to buy, product that the labels had already spent money on making, and they get to put money back onto their own pockets on the sync fees.

And here's another fun by-product of this concept. Unlike Idol where fans are just starting to get to know the contestants a few weeks earlier, with Label Idol, it's possible that thousands of fans already know about the artist, have bought their music, seen them live and spend time on their MySpace page. Imagine the marketing meeting during which a plan is laid out to do all that grass roots marketing in anticipation of the show, like a political candidate doing house parties before he announces that he's running for office. That's right, the labels will be dragged, kicking and screaming into doing Artist Development!

It's just so crazy it might work.
Posted by Daniel Savage at 3:53 PM No comments: